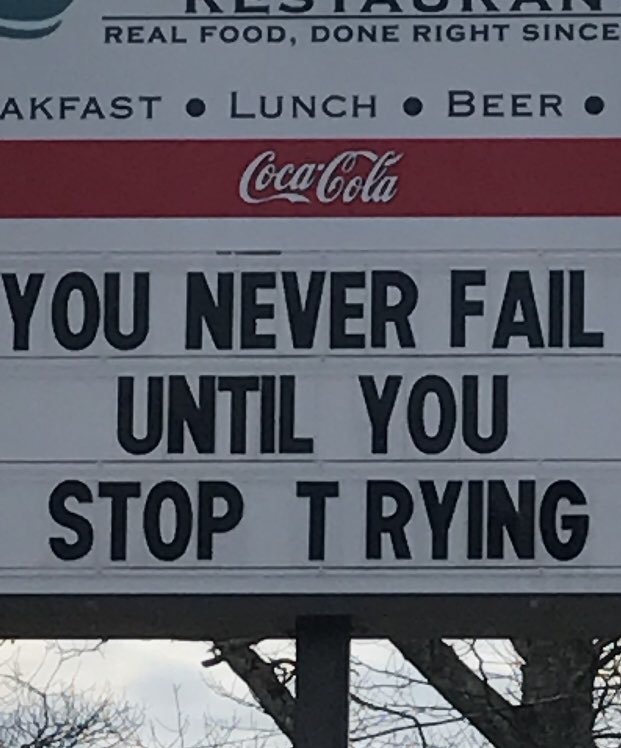 What happens when you set a goal that you don’t reach?

A year ago I started writing and posting. The first foray into sharing my thoughts, observations, and musings on life in the modern world went up on July 1, 2016; it was called civility and you can find it here; it’s as, if not more, important today as it was a year ago. Of course I say that was my first, but in reality, it was the first post of my second try. Sometime back in 2011 I had started a blog but that adventure was relatively short lived…

This time it started as a whim but somewhere along the way it got serious. I set a goal to publish a new post each week for 52 weeks. I failed. I posted for 30 consecutive weeks, July 1 through January 23; a little over half-way, but 22 short. Some of you have asked, “Are you still doing your…,” and, “I’ve missed reading…,” or, “You need to start again…”

Thank you all for the encouragement, it’s been, well, encouraging. I appreciate it, and it’s nice to know someone, other than me, is getting something from this process.

Inertia – Newton observed that things at rest tend to stay at rest unless acted upon by an equal but opposite force, or something like that. In my case, each week that has gone by has made it just a little more difficult to get started again. Not that I haven’t been writing, I have, not a lot for this forum but some; nothing finished, but at least started.

Life interrupted my plans, my goal. Life made me stumble, and stall, but did I fail? Has it been a complete failure? Maybe. Maybe not. You, dear readers (to use a Dickensian convention) are ultimately the judge and jury of my success or failure. For me, getting started, breaking the silence, re-emerging, or not, is the ultimate gauge of success. If I never come back, if this site goes dark, if I stop sharing these thoughts, that is the ultimate failure. Life isn’t won in quarters and halves, winning and success are measured at the end of the game (anyone that heard about this year’s Super Bowl knows what I’m talking about).

I think I’ve written about it before, and ironically I recently saw it posted on the marquee of a local diner, “You never fail until you stop trying.” At least I can say that I haven’t stopped trying.

So here it is, I’m back. This time I’ll try to set more reasonable expectations for myself, sometimes I bite off more than I can chew. I have some interesting topics coming up, interesting to me anyway. Keep your eyes glued to this space to see what’s next. I look forward to discovering it with you. Thank you for sticking with me. Thank you for reading. Thank you for not giving up.